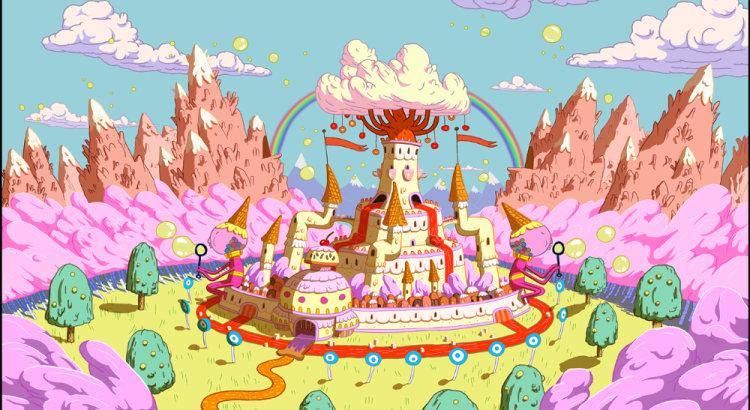 Cartoon shows – or specifically, cartoon shows that target the younger demographic – seem to exist to fulfill one primary purpose: entertaining kids. And certainly, cartoons are entertaining, though some shows get less and less appealing as you age, until you reach the age where new shows all appear shallow and dumb, and the only way to feel like a kid again is to actually revisit shows you watched years ago.

What’s interesting, though, is that the cartoon world has seen a rise in cartoons that aren’t simply entertaining, in the formulaic, Tom and Jerry-style cat-and-mouse kind of way. Cartoons have become more daring, tackling serious topics and even managing to tap into viewers’ deepest fears and wildest dreams. Cartoons have become more radical, without necessarily sacrificing entertainment value. Quite early examples would be The Powerpuff Girls and Spongebob Squarepants, and I do agree that these shows are great and timeless in their own right. I’d like to point to a more recent series, though: Pendleton Ward’s amazing creation, set in the Land of Ooo. I’m talking about – of course – the extremely popular Adventure Time.

With five seasons wrapped up and a sixth season premiering soon, Adventure Time is rife with material that tackles a vast array of issues – from the idea of family being a construct (Finn, Jake, and B-Mo may be seen as the show’s central “family”), to the strange unreality of reality (I’d point to the episode “Puhoy”), to split-personality disorders (the episode “Davey”) – without losing touch of its comedy and charm. It’s funny, because on the surface, Adventure Time looks like it’s permanently high and never rooted in reality, but I learned one thing about the fantastic: fantasy has the potential to drive home points and raise important questions better than if something’s rooted in reality. In the aforementioned “Davey,” for example, we follow Adventure Time’s main hero (and presumably only living human character in Ooo) Finn as he assumes the guise of an everyday guy called “Davey.” It starts out as a disguise, sure, but through the course of the episode, Finn loses his grasp of his own identity and becomes Davey, living out Davey’s “life,” assuming Davey’s mannerisms, and going through Davey’s routines. It’s funny, especially when the people around Finn are directly affected by this change in identity, but even shed with this kind of light, it leaves the viewer thinking.

And thinking is an important thing. A lot of television shows today – and not just cartoons – feed people with the joys of shallow programming, and half-baked “reality” shows that range from filming people with a terrifying, manic obsession with “couponing” to moms who plunge headfirst into shouting matches with other moms while their ballerina kids watch on. Cartoons may easily be dismissed as a kid thing (excepting shows like Family Guy and The Simpsons, which are adult-oriented), but Adventure Time isn’t simply a “kid” thing. The show takes pains to explore the backstories of all important characters (The Ice King and Marceline the Vampire Queen, in particular, have very interesting backstories), making clear their motivations and answering the “whys” and the “hows.” It’s riddled with metaphors and symbols (like Princess Bubblegum and her creation of Lemongrab), rather smart references to classic narratives (the “Frankenstein’s monster”-style “Goliad”), and a hundred other things besides that people can dissect and study. Behind the fun veneer lies a dense, multi-layered “cake,” so to speak. And it’s going to be six seasons deep, soon.