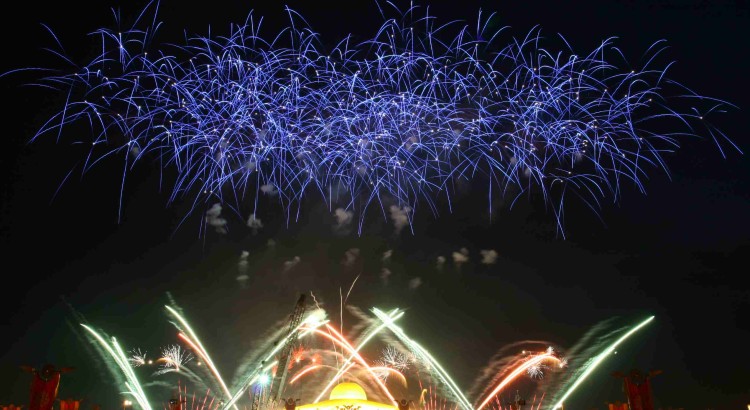 I’ve already written something related to the New Year before, but it’s about looking back and evaluating yourself, instead of looking forward. The New Year is interesting because, even if it, realistically speaking, just another year – and the coming of it just another new day – a lot of people put stock in the fact that it represents a fresh start. For what? I don’t know. It varies from person to person, and may involve, among other things, trying out new things, going somewhere you’ve never gone to before. Which are all really nice goals, and which help make the start of the new year something really exciting. At the very least, you have something to look forward to.

But these kinds of goals are things I like to think of as “one-time” goals. Once you’ve accomplished them, they can never really be replicated, because they are events that are merits in themselves. And so people make new years’ resolutions, which may or may not be thrown out of the window after the first week.

In terms of creative output, though, it may be a little harder. Often, an artist is comfortable with the excuse of not being in the mood to write, or draw, or paint or something, and while I’m against forcing oneself to make something while not being in the right mindset, sometimes it’s nice to have something to push yourself to do something. Since the new year is a sort of blank slate, why not mark your own calendars with mini-deadlines and goals to achieve, in terms of creative output? A lot can be done there. It doesn’t even have to be limited to just writing, or drawing, per se. You can write a short story every month, or a few poems, and make sure to read a new short story every week. In a sense, it’s like working out, although much less physical and much more intellectual – unless actual physical work out gets your head going.

And stick to your mini-deadlines. One of the reasons why new year’s resolutions fail to work is because after going at it for a while, a person might not feel very comfortable about what he or she is doing, or is not seeing any huge, significant results that might convince him or her that the resolution is working. As with all things, do not be discouraged. It’s probably going to be rough at the start, especially if you’re, say, trying to write after a long period of not writing. A friend linked me to an infographic detailing two kinds of mindsets, and she was telling me that, for 2015, she’s going to adopt the “growth” mindset and push herself to the limit to see what things she can do. And I told her, “yeah, that’s a good mindset to adopt, and I suppose everyone can get something really good if they can just adopt that kind of mindset.”

Which might be true. But the important thing is, if you’re setting deadlines for yourself, making goals for your creative outputs, keep these in mind:

That said, here’s to a great year ahead!

I mentioned an infographic about two mindsets, and here it is (along with the article).