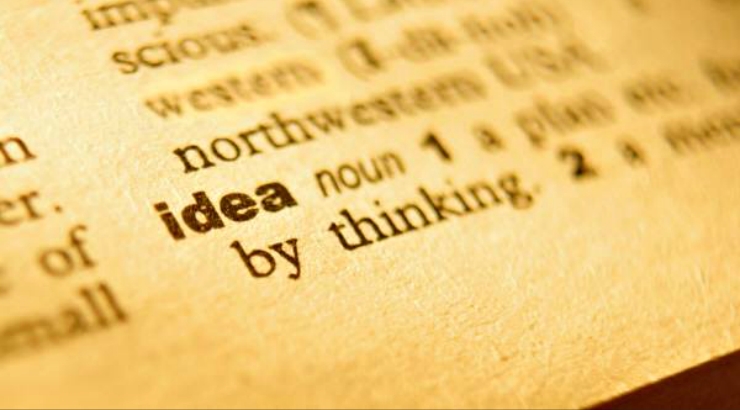 When you feel bad, write about it to find release. When you’re happy, write about it to keep yourself grounded. Whatever you feel at the moment, it’s best to put it in paper. And what are your phones for? Communication. It’s not just so you can stay connected with people. It’s best to never lose communication with yourself. So type it in. Write about every experience to monitor what and how you are doing in reality.

A creative idea, just like luck, it works like lightning. It doesn’t hit the same place twice. If you are lucky enough to have it cross your mind at least once, you must make sure you never forget it. To do this, you must make it a habit to write down all of your thoughts, all the time. Write, even when your thoughts don’t mean anything. It’s a good practice, and you will never have to miss an important event or waste a bright idea.

I have a friend who writes for the local paper. One time, she invited me to have coffee with her. So we met one rainy afternoon. She had her laptop open when I arrived. I asked her what our ‘urgent’ meeting was about. She told me that she’s planning to quit her job because she she’s losing inspiration. During times when she can’t write about anything interesting, she said her boss adds pressure on her by telling her they would cut her weekly bonuses. She asked me what my opinion was about working in a call center. She’s thinking about doing customer service. What do I think about it? I’ve known her my whole life, she’s born to write. Here’s what I really think – she just needs to relax and accept the fact that there are days when one feels less creative. She’s so used to writing really good essays and thinks it’s a waste of time to write about nonsense, which I think is wrong. Besides, customer service? It’s a very decent job, but some people aren’t made for it. Sure, she still gets to write notes after having received calls, but none of those notes are a product of her exceedingly creative mind. It’s a big waste of time and talent. The advice I gave her is that she should continue writing, settle for mediocre to even pointless writing. She closed a tab on her browser  which I got a peek at earlier. It was an online application form for an outsourcing company. She then took a pen from her shoulder bag, grabbed a table napkin, and scribbled down ‘Is this pointless enough for you?’ We both burst into laughter.

Many have achieved greatness in one give-it-your-all move. An even luckier few attained it only by accident. But it doesn’t mean that is the only way to go. Just because many believe that nothing or no one is perfect, doesn’t mean it’s okay to lose faith in what practicing can do. Sometimes aiming for the best has no requisite for extreme efforts, but instead, require simple deeds executed with the best attitude. Our creativity is as constant as change. There is little that can be done about it, but there is a lot that can be done to better the chances.

Oh and by the way, that friend of mine is now senior editor of a prevalent publication in the country, who owes me another slice of blueberry cheesecake at the coffee shop.

“Champions keep playing until they get it right.” – Billie Jean King