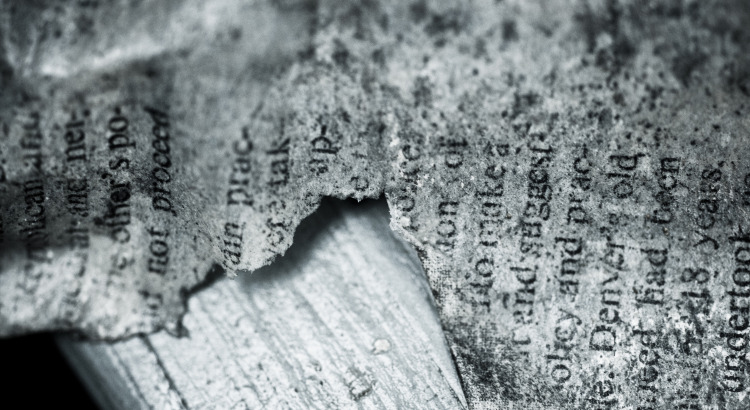 Among the things we’ve taken for class are T.S. Eliot’s “The Waste Land” and James Joyce’s Ulysses – both utterly frustrating in the profusion of references and the extensive notes that come with both texts. And of course, I spent part of my downtime reading some more, and have subjected myself to pieces like Thomas Pynchon’s incredibly huge, dense, and frustratingly epic piece, Against the Day.

For all texts, especially for the classroom-standard literary ones, there is a nagging feeling that you’re supposed to understand them, especially given my position. But the struggle to grasp these texts, not in bits and pieces, but in chunks or as a whole, is real and terrifying. It’s as if the authors deliberately packed in so much to talk and think about, and so much to interpret, that it’s impossible to read something like Ulysses comfortably and happily.

Which brings me to my point. A profusion of information and references would be fun if the reader can get it from the start. It’s not fun if it’s too much to digest – though in Against the Day, the sheer weight of what’s happening in the book, and the many threads that run through the narrative, seem to be deliberate choices by the author. A profusion of information and references would be fun for the author because it is a way to demonstrate the vast range of the author’s knowledge. Anyone would jump on the chance of looking smart if they were given in.

But a little reminder: you’re not Joyce. Certainly, you’re not Eliot. And while confusion may be a useful thing when it comes to writing – certainly, it adds a layer of mystique and extra mental legwork – it is not entirely advisable, because of a few good reasons:

As personal as this post may sound like, I hope I’m giving off valuable information. The act of writing is wonderful, unless you, yourself, are not having fun with it. Having to struggle with a lot of narrative threads at a time can be taxing for both the reader and the writer, and making sense of what you’re writing will force you down certain roads that will adversely affect your writing and your creative flow. Take one or two neat narrative threads at a time, and don’t be too convoluted. It’s likely that your intent and your story will shine through easily with something smaller to juggle with.

Unless it is a deliberate choice of yours. My professor linked the entire class to an article on Ulysses, titled Ulysses in Perpetuity, by Dustin Illingworth. In part, it quotes Joyce, who claims to have deliberately inserted a lot of enigmatic statements within the text to keep people occupied forever. It’s frustrating but clever.