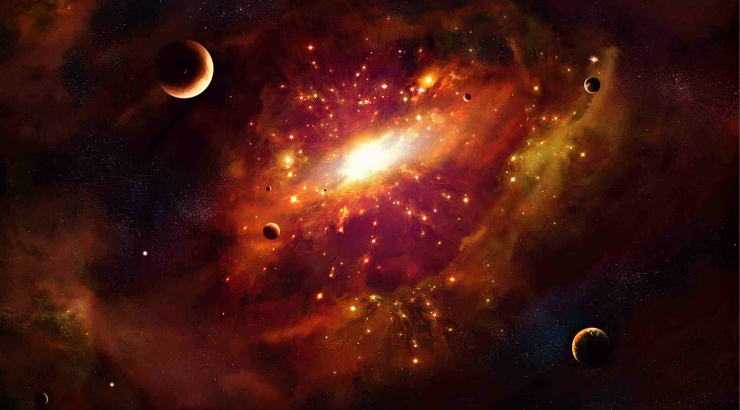 I don’t know what it is about the unknown that keeps us enthralled. Scientists have been studying planets and other celestial bodies in hopes of answering the question on whether or not another lifeform exists in outer space. If it were impossible to send out spacecrafts until today, and no proof whatsoever of aliens visiting Earth was found, I strongly believe there would still be a lot of fiction written about them. It is in our intrinsic nature to seek company, even the company of those that very much unlike us. How you wish they were real.

Regardless of what your spiritual belief is, human as you are, you tend to have faith in something bigger than you. Or at least you want to believe that such entity exists. In ancient  Greece, they have made up gods and goddesses, which are very significant characters in their literature, to make life more meaningful and interesting. I admit, if I were born in that time and place, I would have been greatly impressed at the creativity of the minds of those who birthed these characters. From nothing, they have constructed a hierarchy of beings that don’t exist at all. Even so, not being tangible did not stop these beings from being a thing of interest up until today.

Going back to aliens, these extra-terrestrial beings – they were very popular elements in books during the Golden Age of Science Fiction. How this genre originated is actually very, put in a lesser formal expression, cool. See, in the 1930s and 1940s science fiction was only beginning to catch the attention of the public. That time, the hot topic in print and media was stories of war. Some writers who would rather not do a parallel scheme for fear that they might end up soliciting negative impressions from the masses, decide to tell stories about the World Wars using an out of this world scenario. They have pioneered the ‘Intergalactic Wars’. And somehow, these stories have formed one of the largest fan bases in the sphere of fiction. Today, grand conventions are held to celebrate the different characters of this genre and many of the attendees come wearing costumes. You have got to admit, once in your life, you wanted to play the role of any character from either Star Trek or Star Wars, two of the most popular products of science fiction.

If you have read any sci-fi novels, you will notice that although the story is set somewhere in a galaxy, far, far, away, the aliens in the story show some very human-like traits. This is because their emotions are patterned from that of ours. This is how being creative can give us god-like powers. Creativity enables you to produce something new, and part of it reflects you. It’s not exclusively Biblical to say that creation is created in the image of the creator. Many authors of fiction will agree that most of their characters identify with them, not the other way around.

Even if there really aren’t any aliens out there, I’m sure you will be able to make  a story about them. Yes, you, using nothing but your imagination. I’m encouraging you to write your own sci-fi story. It doesn’t have to be about a war. What is your idea of an alien civilization? You can use romance, comedy, or both as a theme to have an unusual take on the genre.