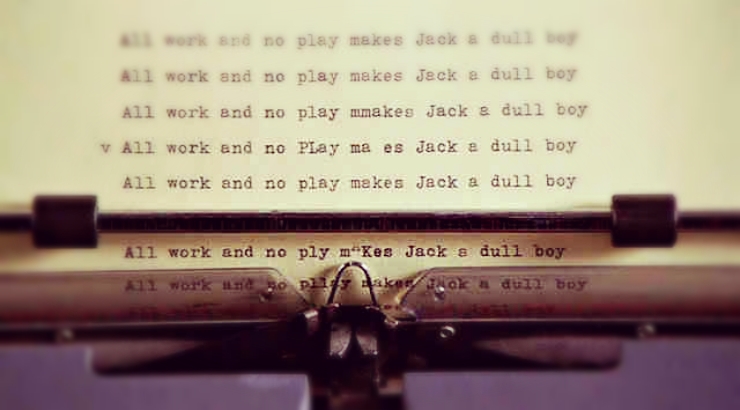 Everyone needs to unwind every once in a while. Earlier today, I suddenly had an idea. I couldn’t exactly say that it is a brilliant one, but I’m just happy that it had entered my thoughts. It is about this short story I’ve always wanted to write when I was in grade school, but, neurotic as I am about completing a task, I always tend to lose the drive in finishing it. This time, however, I have finally pieced together how I want my story to unfold. This time, I thought, I have a better chance of writing the piece and get to its ending. Noon came, and I was running out of things to write. I woke up thinking I could finish the story before the day ends. I thought wrong. It’s turning out to be more challenging than I thought, even though before I started, I had everything mapped out. The harder I pondered, the more resistant my brain became in welcoming ideas. I grew frustrated and gave up. I had my mind made up about never finishing that story at all. I went to my room, turned the fan on, and lay on my bed. I was hoping that being unproductive was just a matter of recharging my batteries, so I took a nap. When I woke up, I haven’t felt more energized. I sat right back in front of my desk and tried my luck on the story again, since I am finally well-rested. It’s almost time for supper and still, I haven’t written a thing. The blank space on my screen never looked more empty.

Food. That’s it! I remember having written a post before about the importance of eating right and its significance to the creative process. I joined my family at the dining table. We had quite a satisfying meal, but I unfortunately have to wait until the next good meal to savor satisfaction for a longer time. With just a few more hours before the day ends, I get right back to business and put my game face on, as I am now in front of my laptop for the third time today. I don’t know if the odds are just against me finishing this story or this is some kind of bad karma (although I’m pretty sure I’ve been really nice lately), but this is really bringing me down.

When I was still in college, I remember how my friends and I used to blow off steam during finals week (a.k.a. the stress marathon) by playing pool and having a few beers, so that we would feel refreshed and get our minds off of the pressure to pass the exams. I’m not saying it works for everybody, but it did work for us. Whenever we get back to studying after having a good time, the lessons seem to become easier to digest. I have noticed that my grades were better when I have a little fun in between study times, than when I study straight until the exams come. However, this claim is just based on a personal experience. There’s no scientific proof to back this theory, but if it can work for some, there’s no harm in trying it yourself, because it might work for you too.

Going back to the problem at hand… I have just realized that reminiscing how I handled an equally frustrating situation from back in the days, I’ve discovered the solution to my present dilemma. Maybe I just needed to play, so that I can regain efficiency at work. I’m not really into the games that most gamers are into these days. I’m kind of old school, I’m addicted to Tetris Battle on Facebook. I know, I know. It’s lame for some, but I enjoy it a lot. It’s practically the reason why I am on Facebook. So I played a few games until I ran out of battle energy for the day. Surprisingly, when I got back to writing, I knew exactly what to write. I was able to finish my short story. Believe it. It sort of felt like finding a cure for a new type of disease. On top of that, I was left with time to spare, so decided to share this with you guys. You should avoid uninterrupted toiling while doing something creative because it’s not meant to enslave you. In fact, creativity sets you free.

“Combinatory play seems to be the essential feature in productive thought.” – Albert Einstein