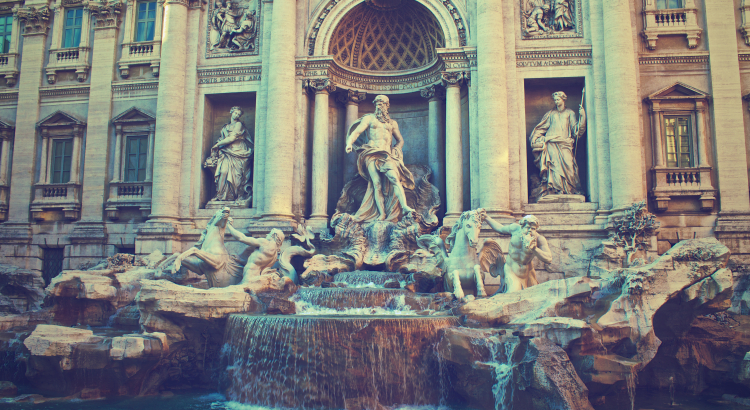 One of the most popular adages people cling to for reassurance is “imitation is the sincerest form of flattery.” Depending on one’s perspective, this could be true – or it could be uncanny, or simply downright terrifying. But discussions of the uncanny and the horrific are not the point.

Imitation, however sincere and flattering, can also be limiting, especially in the creative sense. Sure, it takes some creativity to imitate – trying to be someone else isn’t exactly a walk in the park – but the very idea of imitation entails one thing: making something until you reach the level of that which you are imitating. In short, no growth, no transcendence, no full use of potential.

One could argue that imitation isn’t limiting though, by posing the idea that imitation is all anyone can do. “Originality is dead” is something people could use to justify the derivative feel of whatever they’ve made. I agree that a lot of things today are essentially derivatives of things before, and this is considering the monumental list of intellectual backlog stored in thousands and thousands of years of history and of past cultures and civilizations. It’s also probably confusing, because people’s creative energies are spurred by the very things that they are inspired by. Fanfiction is a manifestation of this.

I’m getting a little off tangent here, I think. Let’s see. Imitation is limiting, but it doesn’t have to be, if one is able to transcend the imitation and add whatever he or she has to it. The idea is to build up on an idea, compound it, not create something that’s a carbon copy of it. (Carbon copy is pushing it, I think, because that’s functional plagiarism, but the idea is there, hopefully). Instead of making something identical – to, say, a piece of literature, for example – inject a bit of yourself into the work, or take pieces off of other things. Mix and match, find whichever fits the general framework of what you need. Or, instead of imitating, create something that is the polar opposite of what has been made.

I’ve been speaking in vague terms so far, but I do have a few examples:

Finally, a few words. I agree that originality is dead (and this is probably going against the first ideas that Sasa presents in the previous post – sorry, Sasa!) but only to a certain extent. The execution always counts. If you manage to spin something new out of something old, or tackle it through a new viewpoint or from a new angle, then why not, right? What counts, of course, is how imaginative you can be. Just think of Dante and his contrapasso in the Inferno, and you hopefully get inspired by that.

I kept mentioning Dante, and briefly mentioned the contrapasso. If you’re interested in finding out what it is, go here.

2 thoughts on “It’s A Steal! (Or, Creativity Through ‘Copying’)”