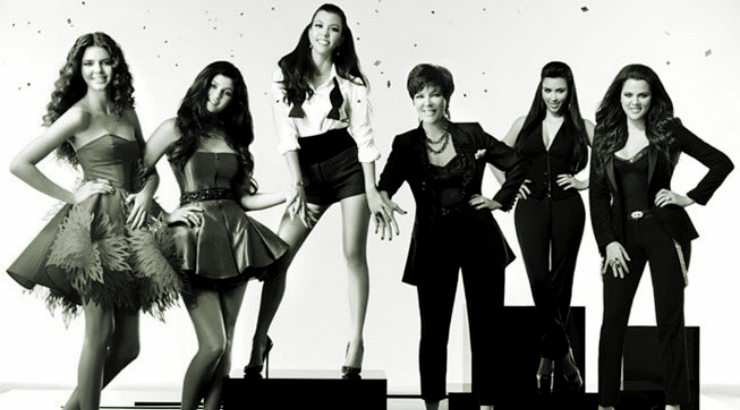 Yup, you read that right. It now looks as though everything turns trendy when it starts with a ‘K’. It used to be just a letter, that one letter you hate receiving after having sent a very long text message. Yet it became a sensational kind of branding since the Kardashian family caught the eye of the public and started a commotion all over Hollywood and beyond. The Kardashians are everywhere. Whether it’s a cameo in parody films, a fashion line, the weekend headlines, presenters for award shows or hosting live events, endorsements for products of all sorts, and many more. Name it, they’ve done it.

Their fame started when one of the sisters, Kim Kardashian, hung out with socialite and hotel heiress, Paris Hilton. Although they have had a falling out and stopped hanging out with each other, Kim was starting to make a name for herself. She admits that she has no special talent; she could neither sing nor dance, and is not sure whether she should enter mainstream acting. Even so, the paparazzi just couldn’t help but follow her around. She was, and it’s been said a thousand times, famous for being famous. But not so long after, something tragic hit the Kardashian family. Kim’s infamous video scandal had surfaced. You would think that this could send her spiralling downwards. It didn’t. It only paved way for her life to be even more probed by the media, until the rest of her family got into the picture and turned out to be really marketable characters themselves. Hence, the birth of a reality show.

Fans have been ‘Keeping Up with the Kardashians’ for ten seasons since their release in 2007. Ten seasons. That is no joke, and a big slap in the face of their detractors who say that they are not good at anything. May I add that they have even been labelled as bad role models for the profane language they use, considering there are minors who watch the show and they themselves have sisters who are teenagers? But let’s focus on the good side here. If they are not interesting, why do they have one of the biggest audiences? Simple. They create a media frenzy and after every scandalous move, they brush it off like nothing happened, almost as easily as you would with a dusty working table and head on to doing your job. If they can pay the least regard or none at all to something such as divorce or other serious matters, it gives the viewers the impression that these things are typical of them, making them very much unlike the ordinary family. This is their way of getting you hooked because you never know what they would do next.

What other thing I have noticed about them is that whenever they have no external conflicts, they try to cause trouble within each other. But at the end of every episode, they always patch things up. Even though they are not your average family, you can relate with them in times when they are attacked by others, because they always have each other’s backs and put aside any current misunderstandings in order to defend a member who is faced with a controversy. I have observed a behavior common to them from the matriarch to the youngest member. They would deny rumors to protect the family as a whole during interviews, but individually take to their social media accounts to counter-bash those who say negative things about them. They do it very subtly, but also very creatively that if you were the basher, you would want to rip your hair off of your scalp. They have a selfie for every hater out there. Whether you like them or not, whatever you say about them, they only get more popular by the second. Resistance is absolutely futile.

“There’s a lot of baggage that comes along with our family, but it’s like Louis Vuitton baggage.” – Kim Kardashian