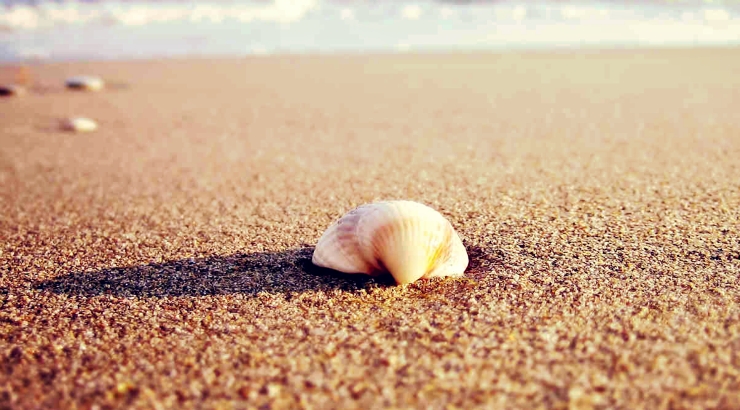 Ah…the beach. People may feel differently about many things, but I’m pretty sure almost everyone likes the company of roaring waves. There’s a certain magic about the sound that just makes you feel like you can do anything.

I have a friend, her name is Francine (it’s really not Francine, but when I asked her if it was okay to use her story, she asked me not to use her real name). Francine is a fashion designer. She came from a family of architects. At first, they did not like the idea of her taking interest into Fashion Design. They told her that among her siblings, she had the most impractical choice of career. Back when we were still in college, Francine had to work and study at the same time because her parents did not support her matriculation fees since it was a course in fashion. It came to a point where Francine had to give up because she couldn’t handle all her responsibilities already. So she quit fashion school. She talked to her father about taking Architecture and Interior Design on the following semester. After five long years, two years ago, she graduated. Francine is now a licensed architect. Her office, completed ten months ago, is located at the center of the city. And guess what? It is a private architectural firm, as well as a high fashion boutique. Who would’ve thought she could turn her dreams into a reality by having to place it on hold momentarily.

We planned to meet up because I told her I needed to write about something inspiring, and also just to catch up. She chose a nearby beach. I didn’t really expect that she would choose to go to the beach because, well, it is December and we’re only going to be in for a really cold time at the beach. We wouldn’t be able to enjoy the sun. When we arrived, it was fairly sunny. Well, what do you know? We played some relaxing island tunes in our hut and sipped on fruit juices we bought from the canteen. And then I started to ask her some questions. Eventually, I asked her what made her decide to take a pause in fashion design and do what her parents wanted for her to do. She pulled me and asked me to take a walk along the beach with her. She said that when she started to feel hopeless about ever finishing her course in fashion (financial resource was scarce then), she realized that maybe she needed to take the longer route. She didn’t really quit. She just thought that if she did what her parents say, she can finish college with their help and become a professional. From there, she knew that she could pick up from where she left, she could  finally push through with her pursuit of her passion. She confessed that after her graduation, she didn’t ask for a party. She didn’t feel like celebrating because she thought too much about being busy now that her path is made before her. She told her parents that she wanted to go on a short vacation to an island, alone. She said that for a whole week, she took long walks on the beach because she was mourning for the end of her dreams in becoming a fashion designer. However, each time she returned to her cottage to rest, she was tempted to do some sketching. When she got back home, she showed her mother her sketch pad and it was filled with sketches of clothes, as well as buildings! And then she discovered that she can actually make interesting architecture, something out of the box, unlike those she learned in school. Her mother encouraged her to take a workshop so she can have a certificate in fashion designing. And after six months of doing that exactly, she is officially both a fashion designer and an architect. On her twenty-fourth birthday, her family told her the good news, that her office is almost finished.

Creativity, too, may come in mysterious ways. Francine was not expecting to find it in a moment of sadness, but it came naturally. Sometimes, when we are pushed down to our weakest point, that is where we find our strength. I also believe that the beach has certain powers that awaken our dormant creative prowess. Had she gone to a different location, events would have turned out differently. It was a clear case of being at the right place at the right time, even when the feelings didn’t start out right.

“Vital lives are about action. You can’t feel warmth unless you create it, can’t feel delight until you play,can’t know serendipity unless you risk.” – Joan Erickson