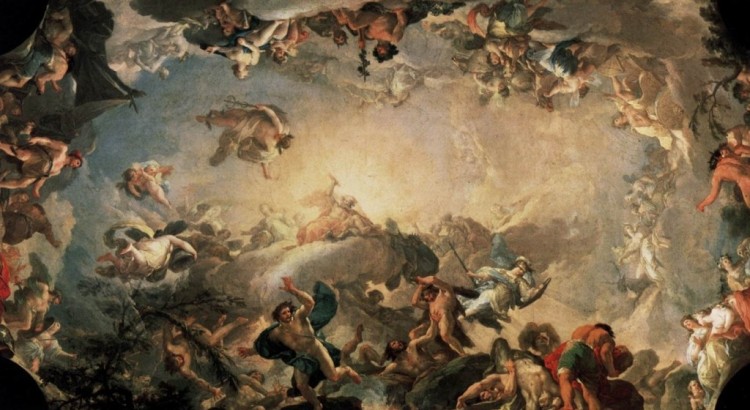 Myths and legends make up a good chunk of any nation’s cultural foundation. We’ve got the Norse myths, the Greek myths, Japanese creation myths, Egyptian myths, among many others. Everyone’s familiar with at least some of the members of the Greek pantheon, and certainly you must have, at the very least, heard of Egypt’s Ra. Marvel, in particular, has assimilated Norse deities Loki and Thor in its pop culture hero ensemble, along with heroes like The Hulk. Then, of course, there’s the ever-present, all-powerful, and legendary Disney, whose magical work over the decades include retellings of myths like Hercules. With a more kid-friendly, good-versus-bad, good-triumphs-over-bad approach, of course.

Why all these retellings and borrowings? It’s because myths, as they are, are timeless. There’s a lot of material buried underneath a culture’s myth-and-legend structure, and of course it’s always interesting to find out how a certain culture explains the creation of the world and of other things, through the lens of stories either written or passed down. I’ve been very much interested in myths myself, primarily of the Western sort, and have decided to list down a few pieces of fiction that one who is interested in myths should experience. I’m also going to be toeing a blurry line here. But to lay down a more concrete idea of what I mean by myths and legends, I will be quoting the website “Myths and Legends” for definitions.

a semi-true story, which has been passed on from person-to-person and has important meaning or symbolism for the culture in which it originates. A legend usually includes an element of truth, or is based on historic facts, but with ‘mythical qualities’. Legends usually involve heroic characters or fantastic places and often encompass the spiritual beliefs of the culture in which they originate.

A myth, meanwhile is:

a story based on tradition or legend, which has a deep symbolic meaning. A myth ‘conveys a truth’ to those who tell it and hear it, rather than necessarily recording a true event. Although some myths can be accounts of actual events, they have become transformed by symbolic meaning or shifted in time or place. Myths are often used to explain universal and local beginnings and involve supernatural beings. The great power of the meaning of these stories, to the culture in which they developed, is a major reason why they survive as long as they do – sometimes for thousands of years.

Okay so far? Alright. Here’s my list, and why they should be read/watched/played (whichever is applicable):

There’s definitely a ton more on myths and legends that you should read. Fairytale and folktale collections should be right up your alley if you’re interested. I’ve deliberately left out the Eastern variety, as I don’t think I’ve read enough of the myths and legends from those places to be able to draw up a mildly interesting list.

I wonder, though. What are your favorite books on myths and legends, and why?