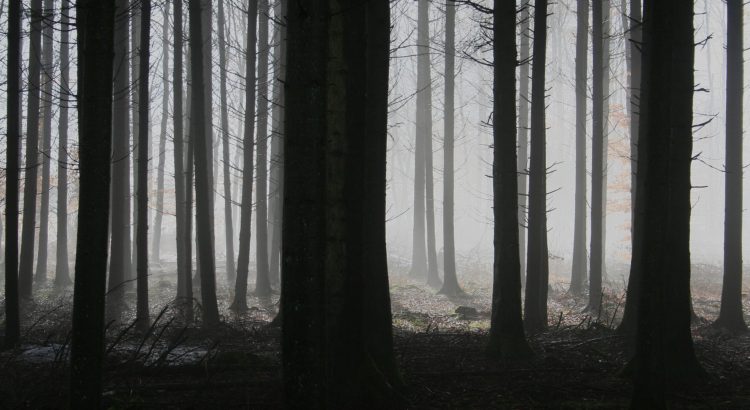 We all know the feeling of fear. It can be spurred by so many things, whether abstract or concrete, whether facing us now or just being a thought in our minds. And different people, of course, are afraid of different things. There are so many kinds of horror that the different media today basically has everything for everyone who wants to feel fear – and excitement and adrenaline rush from watching horror movies. But of course, the fear we get from movies – whether they’re in-your-face gore-fests or the subtle and creepy kind – is different from the fear we get when we deal with things in real life. The real-life things we’re afraid of aren’t ghosts, or monsters, but smaller, more pressing concerns that we have to deal with every single day. A missed deadline. Quota we failed to meet. Running late for exams. They sound simpler, but you can’t just turn off the screen on them and forget about them.

The fear of writing may stem from many things. The likeliest reason may be writer’s block – one moment you’re writing something great and you’re feeling good about yourself, the next moment you have nothing and you start panicking and you’re not really sure if you should pick up the pen and write again. It’s a real fear that just about any writer has encountered. And that’s just the beginning. In her article “The Four Fears That Stop You From Writing” for terribleminds, Andrea Phillips outlines the four fears that: fear of the lack of talent, fear about feedback, fear about publication, and fear about being judged. These are very real fears, and Phillips articulates them well. Take this one about the very basic fear of the lack of talent:

Writing is an uncomfortable act. You’re making yourself vulnerable — exposing the softest, squishiest bits of your psyche and putting them out there in public where people will know what is in your deepest heart of hearts, and just might stomp on it with extreme prejudice.

Your good ol’ reptile brain perceives this as a threat to your personal safety. No sense hating the reptilian bits of your brain, though. Its job is to minimize risk, and it does it to keep you as fat and happy as it can. So it comes up with tons of fantastic reasons for you to not actually take any risks at all.

Phillips nails it. Scared of being called talentless, scared of experiencing prejudice, you, the writer, just decide not to write at all. Which effectively stops everything else, from feedback to publication, in its tracks. It’s understandable, but also ultimately something that you have to overcome if you really want to write. As Phillips says at the end of her article:

…The absolute best work you have in you is always going to be the stuff that’s closest to your heart, the stuff that’s absolutely the hardest to let another human being read. It’s risky to show people those deep and true parts of yourself, but life is risk. Look that fear in the eye, spit it in the face, and then write more effing words.

Those are four basic, general fears, of course. But Dan Blank’s article for Writer Unboxed, “Writers: What Are You Afraid Of?” looks at fears specifically pointed out by authors. It’s worth reading, but the part that really struck me was this:

Too often, I believe “new” writers assume that if they just get over some mythical hump in their writing career, that things become easier, at least on an emotional level. I haven’t found that to be the case when talking with writers. Everything is relative, and no “success” can stop us from being human beings who oftentimes run on survival instincts, and who have a difficult time processing a complex social world.

All this to say: I don’t think fear is a shameful thing that we must rid ourselves of. It is a natural part of taking the risks that writers do. And that the logical reaction to fear should indeed be bravery.

Here, Dan Blank is referring to being afraid of continuing to publish your work even after you’ve already published something and it’s gone on to be successful. Success is not a deterrent, and authors – whether or not they’ve already been published and have been successful – still need to deal with the fear of being criticized or being ignored when they’re next work is on the line. So fear isn’t just something that sits with writers who haven’t proven themselves yet. Fear assails everyone – whether you’re successful or not. Is that a comforting thought? It depends on you of course, but it may be a consolation if you think about how you and your favorite writer are possibly constantly in the same boat.

So what now? We acknowledge that we get scared of writing, of getting published, of getting feedback, of getting rejected. How do we overcome these? I’m sure we have a lot of personal strategies to overcome the fear of writing, and if they’ve been effective, then we should keep going with them until we feel at ease enough to start writing again. You can always look for suggestions, like “The Definitive Guide to Overcoming Your Writing Fears,“or you can always wing it and look for something else to do – walk around, listen to music, absolutely try to ignore the fear for a little while.

Fear of writing – and just about anything that’s closely associated with it – is normal, and there’s no shame at all in acknowledging that you’re afraid. What counts is understanding that fear, and taking steps in willingly overcoming them. There’s no end to it, of course. You’ll experience fear over and over again. But what’s important is that you always get the job done, even if “the job” is just writing a few paragraphs a day – just to beat that fear into shape.

Do you know other things that writers are afraid of? Do you have strategies when overcoming the fear of writing? Let us know in the comments, or tweet us @creativwriters!