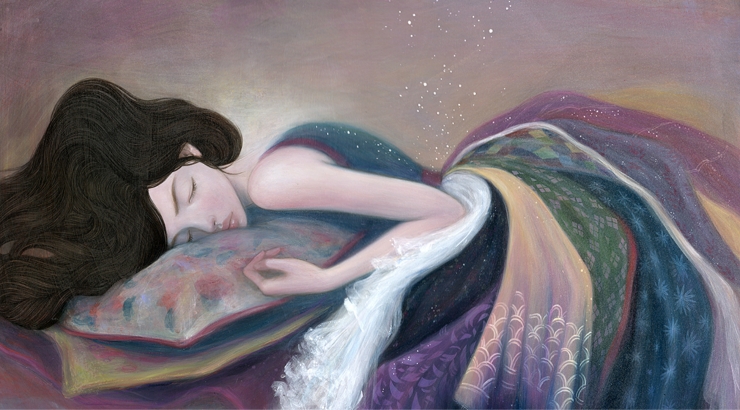 A lot of studies have been made to find out the relationship between sleep and creativity. It’s long been proven that getting enough rest and sleep refreshes our whole body, and the lack of it impairs cognition, attention, and decision-making. To be able to get the best out of your creativity, you need to have a clear head as well as a healthy body. But in the case of a sleeping disorder, where you have no control over it, is it possible to turn the odds in your favor by taking advantage of the extra waking hours?

What is a clear case of insomnia?

Many people mistake insomnia for a single incident thing. They experience one night of not being able to doze off and they think they have a disorder. Even acute cases have to at least have happened a couple of times in wide frequencies.

Sure signs of insomnia include:

One has to go through repeated occurrences of these symptoms in order to say he or she is an insomniac. Although a less frequent type can develop into a more serious one, a chronic case, it can still be corrected with the help of professionals and with the right kind of therapy.

In ‘The Guardian’, a blog by Dorian Lynskey, he wrote an article about the upside of insomnia.  He was taking into account a creative journey of a musician and actor who suffered sleeping problems. It had started from the actor’s too much worrying about getting enough rest. Because of it, he watched film after film to hopefully get tired but instead, ended up staying awake until it was past 3:00a.m. It was becoming habitual and because of his frustration, he decided that instead of trying to get asleep by tiring himself with things unrelated to his plans, he would take the time to create music.

It’s existence has been disputed many times, but have been found true with subjective proof through examples like Chris Martin of Coldplay and techno artist Moby, who testify that they are able to find inspiration from sleepless nights just as well as torment.

Don’t feel so safe just yet. We’ve only covered half of the issue. Let’s get into the adverse effects of insomnia on creativity. Tomas Chamorro-Premuzic, a Professor of Business Psychology at UCL and NYU, says that one does not have to suffer from insomnia  to in order to be a high-flyer in any field. He claims evidence suggesting that sleep deprivation has a negative impact on all sorts of performance. Read his entire post on Psychology Today to have a more profound view from an expert.

An equally interesting and slightly related topic from another source confers that there is a kind of sleep that an artist can possibly self-induce in order to awaken his or her creativity. I know, it sounds paradoxical at first. You are about to find out why. Maria Popova writes about the Art of Creative Sleep, highlighting the interesting points in ‘On Writing: A Memoir of the Craft’ by Stephen King. She opens the article by quoting Debbie Millman’s first step among 10 Easy Steps in Overcoming Creative Block.

“Sleep is the greatest creative aphrodisiac.”

You now understand that sleep here is taken as more than one kind; first, sleep as in resting to recharge the brain, and then sleep as in a state of mind where dreams are lucid. Stephen King focuses on the latter. He says that it can be achieved by blocking out all the things that can prevent you from connecting with your dreamer self. He reassures that in the long run you will be able to filter out the distractions but if you are only at the beginning of the craft, it’s best to try to deal with these distractions. The ideal setting has to provide you the kind of space and stillness that sleeping does.

Insomnia is neither friend nor foe. I think what matters is our attitude towards sleep. We shouldn’t treat sleep as a mere process of reinvigoration. If we are too worried about how much of it we get, we tend to have a negative attitude towards working. Insomnia does not directly affect creativity because some people are still able to produce quality art pieces in spite of being deprived of sleep. The precise downside of sleep deprivation is that it affects our health, subsequently incapacitating us of many things including doing something creative. It’s best to let sleep happen naturally and practice healthy living while awake, so that our body tires out naturally. Sleep shouldn’t be forced, just like creativity.