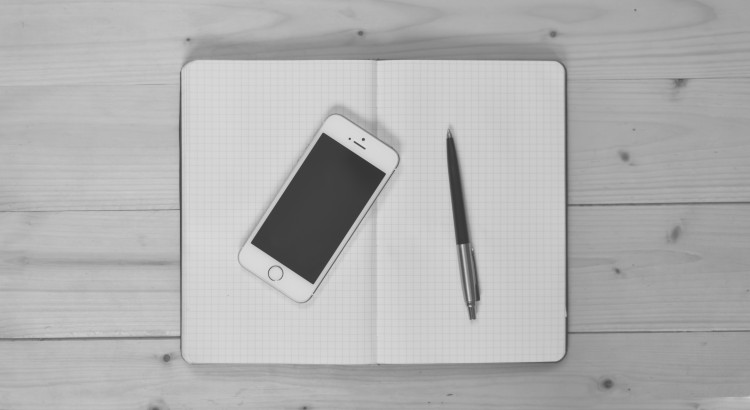 It goes without saying that the world today has achieved the level of technological advancement that allows us to do virtually anything at a pace that people long ago, perhaps, had only dreamed of. While we are, of course, already in the year 2015, and flying cars are nowhere to be seen, it’s still impressive to think about how much civilization has managed to achieve in the span of a few decades. To put things into perspective: about eight years ago, memory sticks that had 1GB were already big. Today, we have sticks with around 32GB of space. 1GB is not enough for most of us.

But of course, the march of technology – and the purported advance of civilization towards the future, with this march – is also terrifying, as much as it is fascinating and exciting. Everything is wired and seen, people know when you read the messages they send you, and if you are ignoring these messages. New crimes spring from new technology. New pastimes and preoccupations, as well. The point is, everything’s fast, and there’s a burgeoning, active, pulsing culture that capitalizes on the visual and the piecemeal. In short, the world’s spinning too fast, and while the machines have no problem keeping up, the people do.

Now, let me share a quote from one of my favorite authors, the late, great, science fiction/transgressive fiction writer J.G. Ballard:

I would sum up my fear about the future in one word: boring. And that’s my one fear: that everything has happened; nothing exciting or new or interesting is ever going to happen again… the future is just going to be a vast, conforming suburb of the soul.

Doesn’t that sound rather unnerving? Does our day and age, our considerably modern time period, embody what Ballard had prophesied back in the 80s? Think about it. If you spend your day running in routines, talking about the same shows, the same things, the same books, the same jobs, over and over, and thinking the same thoughts as everyone else, wouldn’t that hit Ballard’s mark? Our culture’s fast, our technology is fast, all-seeing, virtually godlike if you knew how to manipulate it. Anything – or anyone – that can’t conform to the standards set by our ‘futuristic’ society will sink into obscurity.

So what does this have to do with writing?

We’re living in a world where eye-popping visuals are the order of the day. We’re living in a world where ease is valuable, where comfort and convenience are things that are supposed to make people feel happy. We’re living in a world where a lot of people are finding it hard to find their place, trying to catch up. This places writing – the process of, and the writers themselves – in a tenuous position. An interstice, if you will. Writing has always been a very valuable skill, and ages ago, very few people knew how to read and write. When you get to read and write, you’re literate. But today, a lot of people know how to do this, and it’s almost being taken for granted. Meanwhile, we are bombarded with material that strives for originality and freshness in execution, but everything can be boiled down to general skeletons that embody general plots. It doesn’t matter if it’s the television or what. Take away the special effect of movies and you’re left with the plot to work with. It’s certainly easy to get lost in virtual culture and the visual realities presented to us.

Now, what does it take to be a writer in the modern age, considering that writers occupy an uncertain position? And how relevant is writing? Following Stephenie Meyer’s Twilight saga is Fifty Shades of Grey, which started out as Twilight fanfiction. It seems anyone can just churn out underdeveloped fiction and become bestsellers. And people flock to this.

It’s interesting, because people are starting to read a lot, but while the readership is there, there’s an important ingredient missing: thought. Substance. A collective consciousness thinking of the same shallow thing stagnates a society that ought to be marching forward. And sure, books become bestsellers, and sell enough and the writers themselves get paid nicely, but if satisfying readers’ whims is all the writer does, then the writer is escaping a very important responsibility. That is, to enrich readers intellectually, perhaps spiritually, morally, and socially.

Again, what does it take to be a writer, in the modern age?

One, awareness. Writing substantial content is not an exercise that can be done with only half the mind working. Likewise, writing substantial content cannot be done if the writer exists in his or her own bubble, shut off from the world and suspended in his or her own consciousness. To be able to write something moving means to know what makes people’s hearts and minds run. What genuinely moves them. What genuinely terrifies them, and what genuinely opens their eyes.

Two, patience. Especially today, everything’s going really fast, and people favor a lot of cut-up “fast food” material running their way. But writing cannot be “fast.” Whatever you write assuredly won’t be perfect the first try, because that’s not how things work. That is, if you even manage to finish what you’ve been writing. It takes a lot of patience to write. It’s not a walk in the part.

Finally, four, courage. The writer should already be aware, and if that is a given, it’s very valuable for a writer to be able to expose what he or she is aware of, in such a way that potential readers will be able to accept, understand, and digest. Reality shifts a lot, and it’s true especially nowadays. It’s true, when you move from the middle-class area to the slums. It’s true, when you see how corruption seeps into the daily workings of your office. It’s true in a lot of aspects, but it’s easy to forget that reality changes, and there is no absolute reality. And so the writer’s job is to re-shape that reality, and expose the many threads of reality to people.

That’s what it takes to write, I think. And it certainly sounds like a challenge. Writers meet all kinds of people, and many of them may prove resistant to new or unnerving ideas. But that is what it means to be a writer in the modern age, yes? That’s what it means, to be a writer, period. To challenge and unsettle, to shape and reshape realities, to disorient and reorient, because a writer’s purpose is to make people think, and expose the truths people are afraid to look at.

I’m ending this post with another quote from Ballard, and hope you take it into heart:

I admired anyone who could unsettle people.
– J.G. Ballard

One thought on “What It Takes to Write”