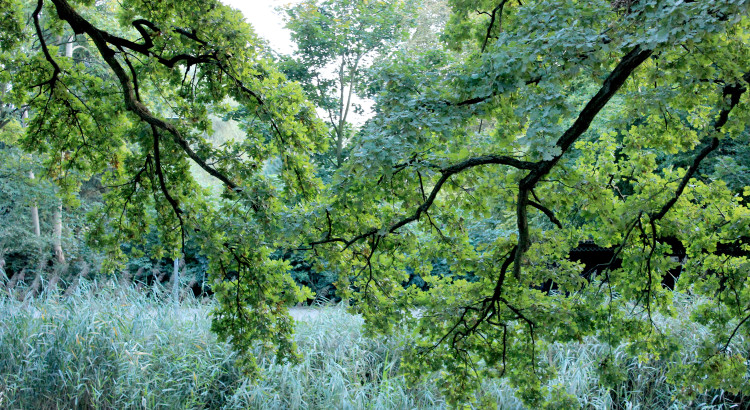 Fairy tales these days are hastily associated with one of the biggest names in the entertainment industry: Disney. One certainly can’t deny that Disney’s done a lot to deliver fairy tales in easily digestible, not-quite-morbid visual treats, the kind that kids and adults alike can enjoy. Disney-fied fairy tales give the stories happy endings, and don’t capitalize on the dire implications that are present in original versions. There is no lady who cuts off parts of her own foot so she could force the foot into a glass slipper. Sleeping Beauty doesn’t get pregnant and give birth – while still sleeping – in the Disney film. And while Hercules’ story is not a fairy tale, Disney has altered the narrative so much that one would be, maybe, shocked to find out that Hercules – while pretty strong – isn’t the gallant gentleman that he is in the Disney film.

The fairy tale’s enduring appeal may be, in part, because of Disney’s treatment, but if it ends with Disney, then certainly the implication is that the fairy tale is not appealing in itself. Fairy tales often talk about princes and princesses, true love and happy endings, trouble in the middle, godmothers and evil witches, dragons and all sorts of terrible creatures that threaten to keep the prince and the princess apart. But though it’s easy to read the fairy tale as a straightforward story of magic and wonder, there’s certainly a deeper meaning. Fairy tales, among other things, may serve as critiques of expectations of beauty, of the desperation for one to have a beautiful, comfortable life – so much so that one is willing to sacrifice parts of himself or herself to achieve this. There are troublesome villains whose motives may not be entirely clear at first glance, but some of them are actually ostracized and oppressed, and these often plant seeds of hatred.

There’s always the didactic element in fairy tales, but sometimes these tales – especially the ones during the Victorian era, when fairy tales weren’t necessarily limited to the Grimm stories, among other things – deliver valuable lessons that are relatively more dense and nuanced. Fairy tales can be interpreted in many different ways, without compromising the element of enjoyment. That’s why children and adults alike may be able to appreciate them. Look at the fairy tales by George MacDonald, for example. The Light Princess presents reversals of gender roles (it is the princess who saves the prince) – something rather radical, considering the era in which it had been written. Mary de Morgan wrote A Toy Princess, which may be read as a critique of the impractical and pointless ceremony of the upper class, of too much dependence and embellishment put on royalty, of the beauty and practicality of a simple life.

So what can we get from this? Simple. If you’re taking cues from fairy tales, it’s this: that we should be able to try, at least, to craft nuanced narratives that are deep enough for them to be read in certain ways, but light, easy, and fun enough for the younger audience to be able to appreciate them. In short, be able to find what can appeal to your audience. Certainly, the fairy tales already do that, Disney-fiable as they are, even. Fairy tales are timeless stories, perhaps more enduring than the modern classics we have today. They’re valuable gems that deliver lessons and meaning, and are told in a manner that is easy to comprehend but certainly beautiful in their simplicity.