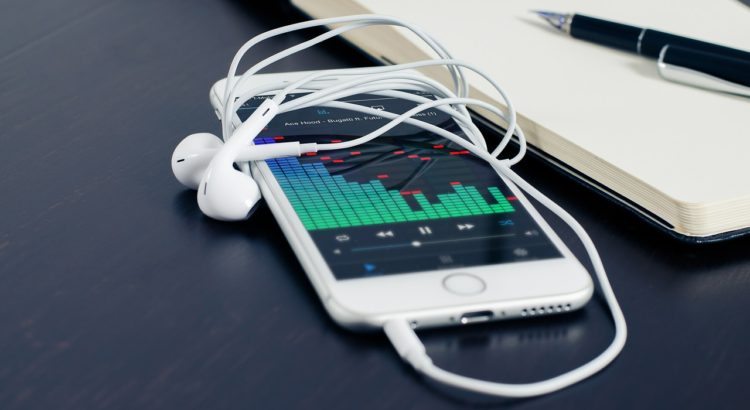 When writing, people tend to do everything they can to make themselves feel absolutely comfortable and to ease themselves into the writing mood. This involves a lot of pre-writing rituals that may vary from person to person: walking around, talking to yourself, eating certain types of food, brewing coffee and smelling its aroma, exercising – the list is long, and for some, overwhelmingly so, and very much specific. But there’s one ritual – whether before writing, or during the process itself – that a lot of people do as, for one way or another, it could help in the writing process. I’m talking about listening to music.

Even outside of the act of writing, music is already an effective mood-setter for just about anything in our daily lives. The kind of music you play at the start of your morning can make or break the rest of your day. The music played on air while on your morning drive can either make you feel at ease in traffic, or irritated. A lot of times, when we want to feel certain things, or are in a certain mood, we listen to music. Music is effective in making you cope with certain situations, or making you enhance your experience of a situation. That’s perhaps part of the reason why movie awards shows recognize their scorers, or why video game reviewers also consider how good the music is when reviewing a game.

That said, what is the effect of music to the writer? In “How Music Affects the Writing Process” by Nona Mae King, King outlines how turning on her music actually begins her writing process. She says that “silence is distracting,” and that music ultimately helps her keep her focus. King also says that music enhances the mood that helps her “create a writing soundtrack… for a specific scene, character, era, or particular intensity [she wants] to impart to [her] readers.” In a way, it works similarly to how music sets the mood for certain scenes in movies and TV shows so that viewers may get further absorbed in what’s happening, or how video games use music to make the player feel more involved in exploration and battle.

And going away a little bit from writing, Gregory Ciotti in the article “How Music Affects Your Productivity” says that music’s “effectiveness is dependent on how ‘immersive’ a task is… the creative demand of the work.” Ciotti says that music certainly helps make repetitive tasks more enjoyable. However, it doesn’t take just any kind of music – familiar music would be better and less distracting. Much better if there were no lyrics. Ciotti’s article touches on the idea that music certainly helps you focus – and not just in writing, but in many other day-to-day activities, often ones that are mundane and repetitive.

Ultimately, it depends on you as a person. If you think music sets the mood and helps you write, then listen. If not, then there’s definitely no pressure. In any case, going back to my first point, it’s always valuable to know what makes you comfortable enough to get into the writing mood, and what makes you distracted. Do what’s best for your writing, and if it involves listening to music for your writing to be able to hit all the right notes, then by all means do so.