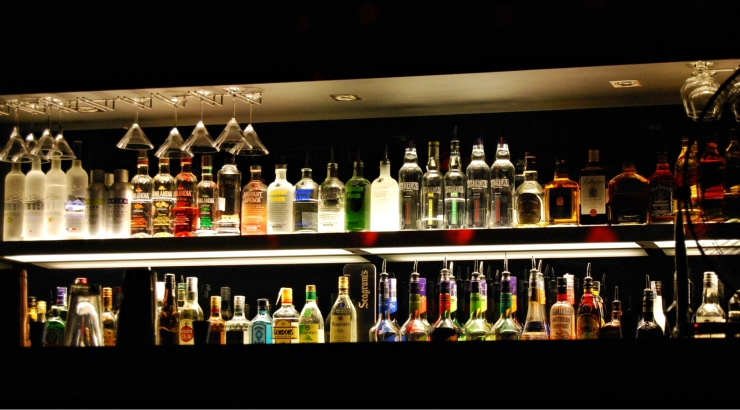 Would you rather we have a drink first before we get started? I usually don’t mind but today, thank you, I’m good. We need to be clear about the terms related to drinking alcohol, the different states that a person enters in connection with how much he drinks, as well as the frequency of the intake.

* Buzzed – When you say you are a little buzzed, it means you have just begun the process of entering an alcoholic beverage into your system. You can’t really feel the drink’s effect yet.

* Tipsy – This is a state of being slightly drunk.

* Inebriated/Intoxicated – If drunkenness was cancer, this would be stage three.

* Wasted – The point of no return. No really, when you get wasted, it will be too late to slow down or take it easy on the shots.

An experiment was conducted to find out if there is a link between alcohol and creativity. Bryony Kimmings is a performance artist who agreed to be the lab rat for the experiment. She voluntarily requested for this research to be done in order to get answers on whether alcohol has any adverse effect on her ability to create or make art. Cameras were set up around her studio so that the experts observing her can keep close supervision. Surprisingly, while under the influence, she was able to compose music, write sketches, choreographed dances, and even read academic papers. She did more than they expected. The whole thing lasted for seven days. When the week was over, she was made to watch the footage and she had to fuse everything together into a show. When she performed the pieces, she was completely sober but was acting drunk, or being in the same state when she wrote them. That being said, it follows that because she behaved like a drunk person while performing, she also felt the same exhaustion after the show as a drunk person would. The analysis of the experts is a mix of good news and bad news for artists who are alcoholics. They say that although the false confidence one can get from alcohol can be helpful for creativity, it has a cut-off point. Many song-writing  artists actually rely on alcohol to give them a boost in creating pieces, but they live by the ‘write drunk, perform sober’ principle to avoid the relapse.

In the case of literature writers or non-performing writers, let’s just say there are those who drink to come up with something more interesting than they usually write  while sober. There are those who are alcoholics because they love drinking alcohol, without the habit being associated to their profession as writers. These people are very good at their craft. Coincidentally, they are just as good at putting away the contents of a bottle up to the very last drop. In fact, your favorite writer could be among the Top 15 Great Alcoholic Writers! You could say that drinking has helped them write, or endure the life of a writer, but what do they have in common? Most of them died from poor health related to the complications of alcoholism. Ernest Hemingway, known for being one of the strongest influences of twentieth-century fiction, committed suicide as a result of depression and mental illness, both which stemmed from alcoholism.

One could easily say that there is no relevance to alcohol and creativity if you take into consideration that there are also great writers who were not alcoholics. A few of them are Nathaniel Hawthorne, Mark Twain, Emily Dickinson, Ralph Waldo Emerson, William Golding, and many more. Writers are writers because they are capable of reproducing while adding compelling factors to what already is, as well as illustrating things beyond reality. Whether they drink or not, this is how they are. They write.

In my opinion, alcohol does wonders for your creativity. You only have to keep the drinking moderate to avoid the health risks. Keep it under the third state. I tried writing while wasted once. I can barely spell some words, and not one sentence made sense.

About that drink… It’s only Monday but… Vodka?