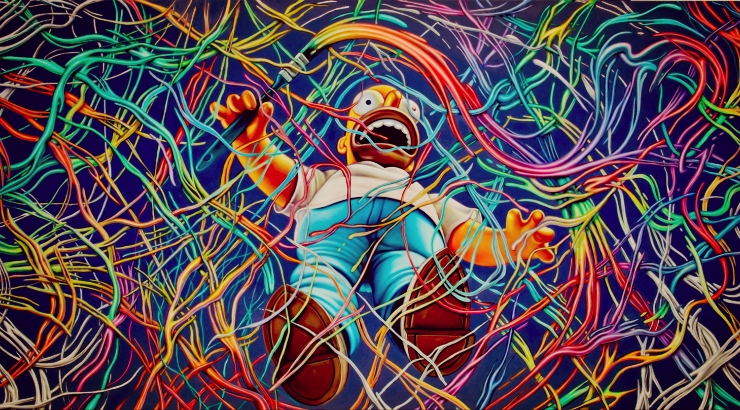 Many artists blame unproductivity on the lack of inspiration. Some admit they constantly procrastinate. But none of these reasons are as serious as the notorious agent of delay in creativity which is the fear of criticism. People who suffer from this whenever they need to make decisions or take action, especially when pressured to do it on the spot, are said to have an Avoidant Personality Disorder or AvPD. It is a Cluster C personality disorder according to the Diagnostic and Statistical Manual of Mental Disorders. Simply put, a person diagnosed with AvPD is extremely anxious. But don’t underestimate it or brush it off just yet. Over-anxiety may seem like an average feeling of an average person, but it falls under the same cluster as being obsessive-compulsive and being over-dependent. That can’t be good.

You don’t have to worry too much about the outcome of your work. Too much worrying can hurt your creativity. Big time. This is the part where I stress the importance of studying and researching about other art forms and genres. The more you know about the mechanics of your craft, and what other artists have a mutual respect for in their fellow creatives, the easier it will be for you to break free from the grips of social conformity.

Existentialists are the freest of the free, that is, among artists who create by philosophy. At least in my opinion, they are. The existentialism credo implies that a person’s actuality is enough reason, and requires no meaning, explanation, nor direction. Without logic or the need of it, creation can happen. Sounds a little bit absurd but it is possible, moreover, it is marketable. In literature, there is a genre called absurdist fiction. Literary compositions under this genre often have characters who are devoid of purpose in life. But even with the absence of values or lessons, they are well received by many readers. Regardless of how much of it is true or how much of it is made up, people are entertained by these books because they want to be able to escape from the complexities of reality. Yes, we want to be challenged mentally, but we also need a breather from having to do only those things that are reasonable. Over-thinking can be stressful, and being stressed is the last thing you want to be if you’re already worried about being unproductive. So you see, absurdity can be therapeutic, that’s why it sells.

Come to think of it, inspiration isn’t really much of a necessity if you aim to not let the day go by without creating something. As an artist, you should make it a habit to keep doing what it is that you do, just for the sake of it. In a way, you are cultivating your talent. Like a pencil, you must keep it sharpened even when you do not have to use it immediately. But unlike a pencil, creativity does not get shorter if you keep sharpening it. It grows. So don’t do it for the critics. Don’t even do it for yourself. Just do it.

“We can regard our life as a uselessly disturbing episode in the blissful repose of nothingness.” – Arthur Schopenhauer